Understanding the Differences Between Murder and Manslaughter in Florida 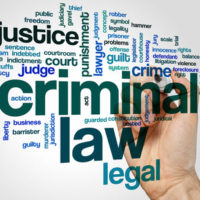 One of the more complex aspects of Florida criminal law is the distinction between murder and manslaughter. Many people mistakenly believe that if someone is killed due to the actions of another individual, that is murder. However, that is not accurate. If you took the life of another person, you could face one of several different criminal charges.

Key Distinction Between Murder and Manslaughter

Murder is the unlawful killing of another person with “malice aforethought.” This basically meant that you intended to kill someone. There was some level of premeditation. Manslaughter still involves the unlawful killing of another person, but you did not do so with malice or intent. Manslaughter is still a serious crime but the punishment, if convicted, is typically less severe than a murder conviction.

You could be charged with second degree murder if there is no evidence that you intended to kill someone.  Instead, proof of a a “depraved mind” without regard for human life when the killing lacked premeditation or planning is required. Unlike first degree murder, second degree murder does not necessarily require proof of the defendant’s intent to kill.

Involuntary manslaughter is generally considered to be the least severe homicide charge under Florida law. For example, let’s say you are outside engaged in target practice with some friends. You start to jokingly point the gun at one of your friends. You’ve had a couple beers and you inadvertently pull the trigger killing your friend. This scenario could serve as the basis for an involuntary manslaughter charge.

Finally, there is vehicular homicide. Under Florida law, if you cause a fatal car wreck and someone dies as a result, you could be looking at vehicular homicide charges. You could also face these charges if an unborn fetus dies in the collision.

All manslaughter charges are categorized as second degree felonies under Florida Law. This means a conviction could result in a prison sentence of up to fifteen years and a monetary fine of up to ten thousand dollars.

If you or a loved one is facing murder or manslaughter charges, you need an experienced and aggressive defense attorney to advocate on your behalf. The Winter Park lawyers of Cotter Zelman, P.A. are here to help. We have a reputation for skillfully and effectively representing Floridians in complex criminal matters. Contact our office today.