Understanding the Differences Between a DUI and BUI in Florida 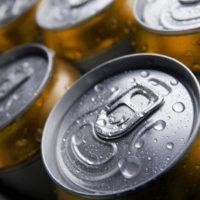 If you or a loved one is facing criminal charges for “boating under the influence” (a.k.a. BUI), you need to speak to an experienced criminal defense attorney right away. BUI charges carry significant penalties that may derail your future and could even result in jail time. You may even be subjected to both state and federal criminal charges since the Coast Guard is vested with the authority to pursue federal charges against an intoxicated boater.

What Exactly Constitutes Boating Under the Influence?

Under Florida Statute 327.35(2), a person is guilty of committing a BUI if they are under the influence of alcoholic beverages or a chemical or controlled substance to the extent that their normal faculties are impaired, or have a blood or breath-alcohol level of 0.08 or above.

Boat Inspections May Be Done at Random and Without Probable Cause

When a police officer pulls over a motorist, they need probable cause. This means they need to see you doing something that appears to potentially be illegal to initiate the stop. Conversely, on the water,  an officer does not need probable cause to stop your boat. In fact, they can stop your boat simply to confirm that you are complying with boating and other regulations.

In fact, the Coast Guard can initiate an “administrative” boarding in conjunction with Florida police. This enables police to make an arrest for a criminal violation without needing reasonable suspicion to initiate the stop.

Under 21 and Convicted of a BUI

Punishments Associated with a BUI Conviction

No matter your age, the following punishments may be levied against you if you are convicted of a BUI.

If it is your first BUI conviction, you may have to spend six months in jail and pay a monetary fine of up to $1,000. You would also be required to complete fifty hours of community service.

If this is a second BUI conviction within five years, you are looking at a minimum of ten days in jail, but that could be increased to up to nine months, depending on the facts of your case. You would also be looking at a monetary fine of up to $2,000.

Third and fourth convictions within ten years are much more serious since they escalate from misdemeanor to felony. In fact, a third conviction will often be treated as a third-degree felony that is punishable by a 30-day minimum jail sentence, but that could increase to a twelve month sentence. A fourth BUI conviction could land you in prison for up to five years, in addition to a fine of up to $5,000.

Speak to the Winter Park BUI defense lawyers of Cotter Zelman, P.A. today. Our law firm has a reputation for skillfully and effectively handling complex criminal matters, including cases where people were alleged to be boating under the influence. Contact our office today to schedule a consultation.