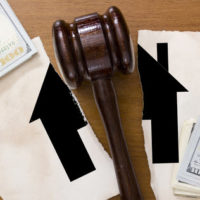 One of the most daunting tasks in a divorce is figuring out how to divide your various assets and debts pursuant to a final financial settlement. Even the simplest marital estates typically have assets and debts that need to be divided and potential mistakes that couples could make in dividing them. This post will guide a person through common mistakes to avoid when negotiating a financial settlement.

Mistake #1: Not Having a Clear Picture of Your Assets and Debts First

People sometimes try to rush to type up a financial settlement without first making a list of all of their assets and debts. However, this can lead parties to forget to include assets in their final settlement. It could also lead parties to only look at dividing one asset at a time rather than looking at dividing the marital estate as a whole.

Negotiating a financial settlement and the divorce process in general can be exhausting. It is tempting therefore for couples to settle cases before they have thought through the consequences. This can lead to one-sided settlement when one spouse takes advantage of their spouse’s vulnerability. However, once the divorce is finalized, the spouse who was taken advantage of faces an uphill battle if they later want to try to argue they were coerced into signing. Parties need to go through any agreement with a fine-toothed comb to make sure they know what they are signing and what they are giving up by signing.

Mistake #3: Getting Caught Up in Small Details

When dividing assets and debts, parties oftentimes find themselves caught up in the “emotional value” of an asset. Particularly in long marriages, one or both parties tend to assign an emotional value to certain assets. For example, spouses often become attached to their furniture or retirement accounts earned during their marriage and do not want to part with them even though they are marital. However, getting stuck on one asset because of its emotional value can end up costing you a better settlement offer or thousand dollars in legal fees fighting over who gets ownership of it following the divorce.

Mistake #4: Failing to Consider the Impact of Taxes

Although a financial settlement may appear “equitable” on paper, many people forget to think about the potential impact taxes may have on the final settlement. This is particularly important in cases where one party has tax-deferred assets such as capital gains or Individual Retirement Accounts that can have a large tax impact years after a divorce is finalized.

Couples often mistakenly believe dividing assets and debts in a divorce is an easy and straightforward task. However, as discussed above, there are many common mistakes people tend to make when effectuating a final financial settlement that are to their detriment. The experienced Winter Park family law attorneys at Cotter & Zelman, P.A. can help walk you through any potential pitfalls in a financial settlement. Contact us today for a free consultation.