Ken Cotter is a native of Long Island, New York who received his undergraduate degree from Hofstra University in Hempstead, New York. Upon completing his undergraduate degree, he attended the University of Miami where he earned his Juris Doctorate in 1977. After law school, Mr. Cotter relocated to Central Florida where he was employed as an Assistant State Attorney in Orange County and went into private practice in 1981. In 2017, Mr. Cotter’s law firm, Cotter & Zelman, became affiliated with Orlando Legal.

Professionally, Mr. Cotter has gained extensive experience litigating cases in the areas of criminal defense, family law, and personal injury. He is also certified by the Supreme Court of Florida as a family law and appellate mediator. Notably, Mr. Cotter was part of the defense team in the first criminal trials in the United States which utilized DNA evidence. Though commonplace today, at the time, these cases were featured nationally on the television show 20/20 and other national news programs due to the groundbreaking nature of their makeup. Mr. Cotter has also been recognized by his peers for his strong legal ability and high ethical standards with the Martindale-Hubbell AV Preeminent Rating. The AV Preeminent Rating is the highest available peer review rating held by just 8 percent of all attorneys nationwide.

More personally, Mr. Cotter has been married since 1977 to his wife, Cathy Cotter, a music teacher at the same local private school in excess of the last 35 years. They have a son, a daughter, and two grandchildren. Both of their children live in Central Florida where Mr. Cotter has been involved with sports since his children were young. He coached his daughter’s fastpitch softball team through her high school graduation and was a member of the Maitland Softball Association Board of Directors. After his daughter graduated from college, she eventually became a head coach of her own high school program where he served as her assistant. Recently, Mr. Cotter has coached his grandson’s little league team and currently serves on the Maitland Little League Board of Directors.

State v. Tommy Lee Andrews
Mr. Cotter was part of the defense team in these cases which were the first criminal cases in the United States which utilized DNA evidence. These cases were featured nationally on the television show 20/20 and various other national news programs.

Mr. Cotter represented a Defendant in a criminal case in Orange County, Florida who had been previously convicted of a home invasion robbery and sentenced to 25 years in prison. Mr. Cotter was successful in having the prior conviction overturned based upon newly discovered evidence and mistaken identification of the Defendant. His client was granted a new jury trial and was found not guilty and released from prison. 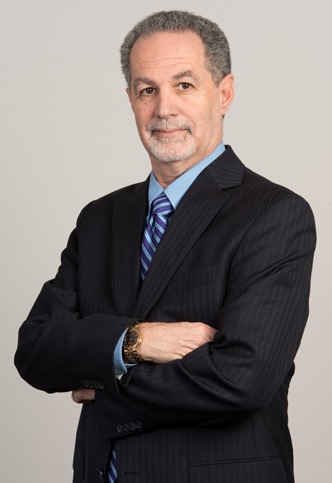